Adoption and breastfeeding: Yes! It can happen!

If motherhood has taught me anything it’s to not assume. Ever. That old adage of what happens when you assume became an old adage for a reason: it’s true.

For whatever reason, when mothers (myself very much included) spot other mothers out “in the wild”, we tend to give each other a once over. Whether that assessing gaze comes from a malicious place or the very human urge to simply gather information depends on who’s doing the gazing—but regardless of the motivation, it happens.

Here’s the thing though: you can never know someone’s full story…unless they share it with you. 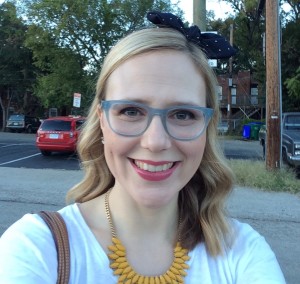 If you had happened upon Sarah Graves early in her parenting days, she probably would’ve registered on your radar simply as a smart, friendly, and bespectacled new mom breastfeeding her baby boy. You probably wouldn’t have given much thought about how she became a mother. And I’ll wager that you definitely wouldn’t wonder about her son’s adoption story.

Yeah, go ahead and reread that paragraph. Yep…nursing…uh-huh…adopted.

You weren’t expecting that were you? Well, according to Sarah, you’re not alone.

“When I tell people, they do a double-take,” Sarah explains. “They’re like, ‘You did what?!’ People are very shocked.”

Sarah was too when a friend first brought up the idea of potentially breastfeeding an adopted baby.

But before we get into specifics of Sarah’s journey from breastfeeding skepticism to success, let’s back up a bit.

After several years of struggling with infertility–including fertility drugs, IVF treatments, and a devastating miscarriage—Sarah and her husband, Alex, rang in 2012 with a decision to start fresh and take a break from thinking about any and all things baby-related.

“It was just too much. We spent so much money and time—and the emotional part is the hardest,” she explains. “I mean, you can get money from family, you can take out loans, completely change your lifestyle, but the emotional stuff that goes into it is what really haunts you.”

So they were “just living life,” as she puts it. Then at around 11pm on January 20th, she got an “out-of-the-blue” Facebook message that changed everything.

Her best friend’s sister knew a 19-year-old pregnant woman who didn’t want to keep her baby. Totally on her own, the sister told the mother-to-be about Sarah and Alex. Sarah’s friend then dropped a bomb: “Are you interested at all? Do you want to talk to her? Do you want to meet her?”

“I could not sleep after that. I went downstairs and just kept saying, ‘Oh my God. This is crazy,’” Sarah remembers. After filling Alex in on the situation, they decided to go for it.

“We’d already lost a lot,” she says, eye big and serious. “We had nothing left to lose.”

Sarah and Alex connected with the birth mother on Facebook and eventually traveled down to the Newport News, Virginia-area to meet her. As Sarah tells it, “something happened, something clicked, something went off, and it was like, ‘All right, let’s see where this goes.’”

As they kept in touch with the birth mother through phone calls, texts, and monthly visits, Sarah and Alex turned to Commonwealth Catholic Charities to begin the adoption process—fingerprinting, background checks, classes, tax return reviews, a home study, the whole deal. In the midst of all that, Sarah started to entertain the idea of breastfeeding this little one on the way. After the shock wore off when her friend asked if she planned to breastfeed her adopted baby, Sarah did some research and began looking outward for support.

“I found a woman in town named Linda with a company called Best Beginnings, and she was my lactation consultant. I rented a pump from her and started pumping,” she explains.

With the help of birth control pills, Reglan, and Domperidone*, and pumping sessions every two or three hours (yes, even in the middle of the night), something started to happen: lactation had begun—as did healing.

“Something that was kind of scary for me was the thought ‘What if this doesn’t work?’ I was really on the fence. It was something my husband really wanted me to try because we knew how good it would be for [the baby]. But I didn’t want there to be one more thing that my body can’t do. I can’t have babies, I [couldn’t] handle anymore rejection. I already know that the baby’s coming, isn’t that enough?” Sarah remembers thinking. “But I ended up trying, and it did work, and it was this miracle. My body isn’t supposed to be able to do this and here it is happening. It made me feel normal.”

Early one Thursday morning in September, a couple of months after Sarah began pumping and creating her stockpile, she and Alex got a call. Their birth mother was in labor. They threw on clothes, jumped in the car, and made their way back down to Newport News. Hudson was born at 9:51pm that night with Sarah and Alex in the room. They even got to cut his umbilical cord.

Sarah and Alex were able to stay in the hospital with their son until he was released the following Saturday. While Sarah pumped in the hospital and was happily able to feed their baby boy “teeny tiny little” bottles of breastmilk in the hospital, it wasn’t until their first night out of the hospital (spent at her mom’s house in nearby Portsmouth) that a truly magical moment happened: Hudson latched on for the first time.

“We slept that first night on a futon in the living room, and Hudson slept in a Rubbermaid bin, like one of those low, under-the-bed kind of things, we made him this little bed,” she laughs…and then sighs. “I was sitting there in my pajamas, on the futon, holding him. And I felt that pull. It was so special.”

Sarah was able to breastfeed Hudson for three months, maintaining a strict pumping schedule when she returned to her job. It was hard work, but work Sarah was (and is) proud of.

“Honestly, if people ask me ‘What’s the most important thing that you’ve ever done in your life?’, other than adopting him, being able to breastfeed him is right there—right up there, no question.”

Although she loved being able to breastfeed her new baby, increased work demands combined with a lack of research on the effects of staying on her lactation prescriptions** long-term prompted Sarah to wean Hudson earlier than she would’ve liked.

“I just felt, you know, he was born in September, and I did it through the end of that year. I gave him the antibodies that he would need to be healthy,” she explains. “I wish that I could’ve done it longer but, man, am I glad that I did for the time that I did.”

And, as you’ve probably noticed, she’s glad for the opportunity to tell her story.

“People need to know about this—they need to know it’s an option…It’s just a beautiful thing. And especially for women that have struggled with infertility, if you can get your body to do it, it’s such a victory as a woman and human.”

Thank you for sharing your story, Sarah. It’s such a wonderful example of what a powerful thing motherhood is—and a great reminder for all of us that those fellow mothers we meet might just be holding inspiring or heart-wrenching or life-giving stories like these in their hearts. All we need to do is ask.

*Birth control pills essentially fool your body into thinking you’re pregnant which, in turn, stimulates breast tissue. Reglan and Domperidone help with lactation. At this point, Domperidone is not FDA-approved, so Sarah got hers from Canada.
**Sarah did share with me that after she stopped breastfeeding and then went off of her medications cold turkey, she did suffer a relatively brief but very difficult bout of anxiety and depression. However, she admits that it’s hard to determine if it was caused by the physical changes brought about by weaning, the demands of life as the working mother of a newborn, or both.