That one time I was a genius

I became a mostly stay-at-home mother* a few months after our son’s second birthday. Around that same time, my husband’s work hours went a little kooky, often requiring me to solo-parent** our toddler from breakfast to bedtime several days in a row.

As you can imagine, the transition was a bit of a jolt.

I was so very tired—and not just from the demands of caring for a toddler all day every day, but also from my brain’s constant clicking away as I tried to find my footing in this new arrangement. Most evenings, by the time the Witching Hour*** arrived, all I wanted to do was lie facedown on the living room floor. More often than not, I managed to trudge through the tears and whining and drama, remaining upright until it was time to tuck the little guy into bed. But sometimes the exhaustion was just too much. I’d set our son on the floor with books, puzzles, and toy cars, and let my body sink into the rug. He’d usually give me about five minutes of peace and quiet before trying to shove puzzle pieces into my mouth, sitting on my head, and/or playing his favorite game: Mama Be A Jungle Gym. 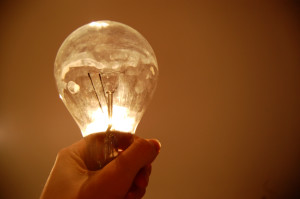 Until the day I was a genius.

One night, as my son busied himself by trying to put his fingers under my eyelids, I snatched a stray toy car off of the floor and placed it on my rear end.

Stay with me here.

He looked at me and giggled—because even at two years old you know the word “butt” is always funny. He tried to grab the car and show it to me, but I stopped him.

“Nooooooo,” he crooned with a grin.

He nodded, barely containing his laughter.

I continued asking him yes-or-no questions—all proceeded by “What’s on my butt?”—until I made that correct “guess.” But that time he was a hiccuping, giggling mess.

This time I closed my eyes as he chose an item and put it in place. Then began our next round of “What’s on my butt?” questions. Followed by another round. And another. And another. We eventually began alternating roles, with him taking his turn at sprawling out on the floor and guessing what object was balanced on his tiny tush.

At first he just parroted my questions back at me, but soon he started to dig a little deeper, asking more specific questions in that irresistible, two-year-old way.

Before I knew it, bedtime was upon us. No one was in tears; my aching body and spirit had gotten enough rest to get me through the last sprint of the evening; and I’d managed to connect with my son through educational play. A total threefer!

Sure, I spent the next six months reminding my son that it is NOT ok to shove objects on random people’s backsides and shout, “What’s on your butt?!” But a win is a win is a win, folks.

*I say “mostly” because I did work some hours in and out of the house each week, but the amount varied a lot and ugh labels are the worst.
**Yes, “solo-parent,” as in a verb, not a role. Let’s be clear: handling childcare on your own for a fixed amount of time is NOT the same as being a single parent.
***You know, that window between dinner and bedtime during when time slows down, all sounds are louder, and (I’m told) all things are “nnnnnnnoootttt faaaaaaaaair-uh.”