5 Surprising Things to Avoid as a Breastfeeding Mother

Being a breastfeeding mom is full of dos and don’ts. Some are obvious, like checking with your pediatrician or pharmacist before taking a new medication, drinking plenty of water, and avoiding nicotine and excessive alcohol use. 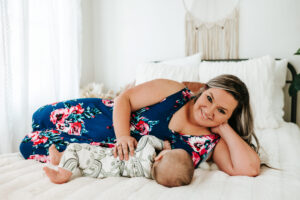 Some don’ts, however, are not only unexpected- they’re downright shocking! So, for the sake of spreading awareness, here are five surprising things to avoid as a breastfeeding mother.

We all need a little help falling asleep at night from time to time, but did you know that melatonin supplements are NOT recommended for breastfeeding mothers? This is due to a need for more research regarding how this over-the-counter supplement can impact nursing infants. According to the Drugs and Lactation Database, short-term use of melatonin by breastfeeding mothers are unlikely to harm a nursing infant, but if you need a long-term sleep solution, you may want to look elsewhere.

Retinol (over-the-counter) and retinoids (prescription only) are topical forms of vitamin A, an essential nutrient that helps support immune health, promote healthy organ tissue, stable vision, and other vital functions. When used topically in skincare, retinol and retinoids increase skin cell turnover and are often used to treat signs of aging and acne.

Sounds pretty harmless, right? Well, maybe not. We know that orally, excess vitamin A can cause more harm than good, and when applied topically to your skin, the risks are still uncertain. However, because retinol and retinoids have been studied and proven to cause congenital disabilities in children during pregnancy, it is probably best to avoid them while nursing as well.

There is a lot of talk about what herbs can help increase milk supply, but did you know that some herbs can DECREASE milk supply? Topping the list of herbs to avoid, peppermint (when consumed in excess) is one of the biggest offenders when it comes to negatively impacting your milk supply. In fact, peppermint teas and candies are often recommended to help weaning mothers dry up their remaining breast milk! Now, before you panic, the occasional peppermint mocha or candy cane isn’t going to tank your supply, but it’s still good to be aware and cautious while consuming your favorite minty treats.

Eating Too Much Fish

The risk of consuming fish while pregnant or breastfeeding isn’t so much about the fish itself but more so the mercury it may contain. While mercury is a naturally occurring element in the earth’s crust, it has found its way into our oceans and can be found at alarming levels in large fish species such as king mackerel, marlin, orange roughy, shark, swordfish, tilefish, ahi tuna, and bigeye tuna. When consumed, mercury can be passed to nursing infants through your breastmilk and negatively impact brain and nervous system development.

Consuming Too Much Caffeine

Okay, before you panic, we are not telling you to give up your beloved morning cup of coffee. Some caffeine during breastfeeding is okay- but much like pregnancy, moderation is strongly encouraged. Up to 200-300 mg of caffeine per day is what is generally considered safe while breastfeeding. This amounts to about 2-3 cups of coffee per day! However, do be mindful and monitor your baby while consuming caffeine. Some children are more sensitive than others, and excess caffeine consumption may lead to irritability, fussiness, wakefulness, or difficulty staying asleep.