How Having a Baby Changed My View of My Mother

A lot of relationships change when you have a baby, and over this past year, I’ve spent a lot of time reflecting over those changing relationships. 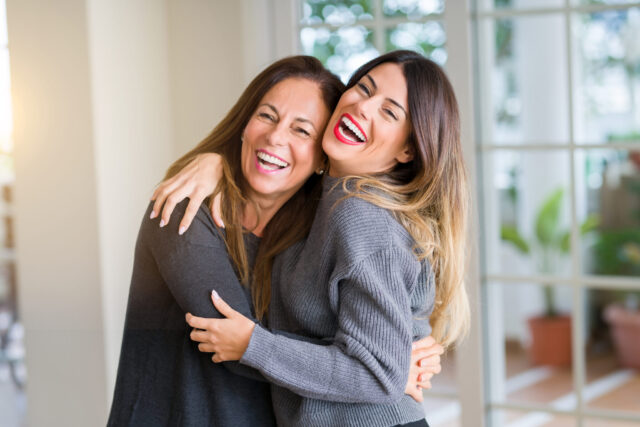 Growing up, I tested limits with my mom (like a lot of teenagers do). We butted heads, and sometimes I think we solely disagreed on something just because the other one wanted it. Of course, that’s probably my teenage girl perspective of things.

But then I grew up, and somewhere along the way, I realized she wasn’t the enemy. Again, like most teenagers do. My brain developed, and I became slightly less self-centered. I realized my parents were human, which is something I don’t think we understand as kids. So as I aged my mom became my friend and confidant.

I sought out her advice and valued her opinion, and I tried to become a person for her to seek out as well. In my late teens/early 20s, I put my parents through a lot (emotionally and financially), and the only way I knew to make amends for that was to consistently show up for them, to be present, and willing to help. Somewhere along the way, it stopped being an amends and just became life.

That bond only intensified when I got pregnant with her first grandchild and in those early days of postpartum, when I was exhausted and lost and overwhelmed, I wanted her to come over every morning. Not that my husband and mother-in-law and father and close friends aren’t wonderful people, but it was my mother’s comfort that I wanted more than anything. Plus, truth be told, in those early postpartum days, there was no one I trusted more with my baby than her.

I remember the moment when my perspective shifted. I was nursing my son while my mother was putting dishes away. When my son wrapped his little hand around my finger while nestling in closer to my chest, something in me broke. I almost started crying because I loved him so much in that moment. I would lay my life down for him. I knew that in his teeny tiny hand, he now held my heart.

When I looked up at my mom. I realized that this overwhelming feeling of love was how she felt about me.

I realized I held her heart in my hands, too. It made me sad for all the pain & grief I had caused her through the years. It made me worried for the future that lay ahead with my own child. But it also made me hopeful of what can come out on the other side.

When it comes to May 9th and all the Mother’s Day to come, part of me will always think of it as “her” day. Because without her, I wouldn’t be the mother I am today.