Whenever I told someone I hired a doula to be there with me for the birth of my son, a lot of the time it was followed up with: “What’s a doula exactly?” 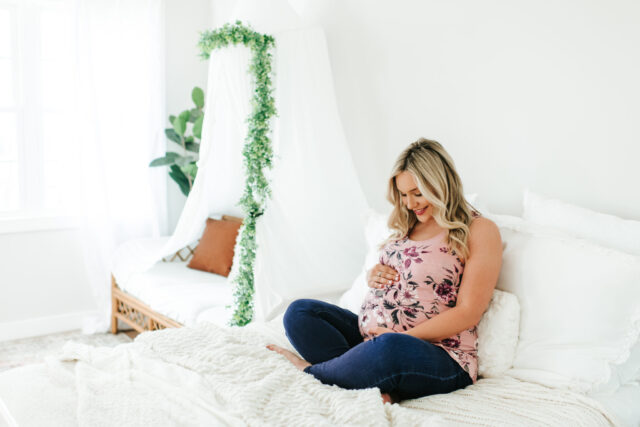 The dictionary definition is: “a woman, typically without formal obstetric training, who is employed to provide guidance and support to a pregnant woman during pregnancy, labor, and postpartum.”

But I usually just told people, “She’s there for me as a support and advocate.”

The second question I usually received regarding having a doula was, “why?”

There were several reasons, but it really boiled down to two things:

Now that the baby has safely been brought into this world, I’ll get the question, “What did your doula even do?”

It’s sometimes hard to decide where to start when answering that question because the truth is: she did a ton. First, she provided me with prenatal support. I was able to text and call her with questions and concerns ranging from the color of my discharge to my anxiety. Sometimes, she suggested I call my OB, and others she talked me through things herself. She never made me feel crazy or downplayed any of my concerns.

Prior to labor, we also met and developed my birth plan. It was an opportunity for me to mentally walk through different scenarios with someone who had been through it. Creating a plan with her provided me with some reassurance that just because I was giving birth in a hospital did not mean I was losing my choice or autonomy.

Then, the actual labor came. For whatever reason, when I went into labor, I second-guessed myself the entire time. I didn’t feel like I could trust my body, but my doula encouraged me to do just that while providing me with the validation I desperately needed at that moment.

I’m a high school teacher, and I’ll never forget sitting at my desk in between classes and crying on the phone with her. My contractions were around 10 minutes apart and had been for over 12 hours. I was tired and felt vulnerable, but for some reason, I felt like I still needed to go to work because maybe I wasn’t really in labor.

So, I went home. And less than 24 hours later my son safely entered the world.

She provided unwavering support and guidance from the moment I left work to when I decided to go to the hospital later that night to when they placed my son on my chest the next morning.

At the hospital, she provided counterpressure during contractions, helped me into different positions to encourage progression, had a bag ready when I started puking, gave my husband the direction he so desperately needed, made sure my voice was heard when different nurses or doctors entered the room, and at 4:30 am when I sobbed, “I can’t do this”, she told me without hesitation, “You can do this. You are doing it.”

In fact, during my labor, she actually probably did more. But so much of that time is hazy.

Honestly, I think what people don’t realize about doulas is the support they can provide after birth. The particular doula I hired also provided postpartum services. In fact, there are some doulas who primarily only provide postpartum support which didn’t make sense to me before I experienced it myself.

She stayed for over two hours after my birth to help me with breastfeeding (and took some breathtaking pictures. Then, she provided support via phone and did a home visit two weeks later where she spent over two hours at my house. Again, I never realized how lacking postpartum support is in our healthcare system until I had a baby.