How Rwanda Has The World’s Highest Breastfeeding Rates 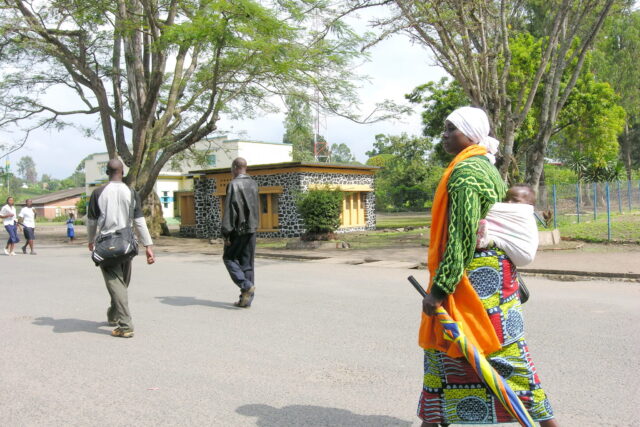 So why such a large gap? Ultimately, experts believe that it boils down to the African nation’s exemplary maternity leave policies, government backing, and lack of accessible alternatives that have allowed Rwanda’s breastfeeding rates to soar.

According to UNICEF Executive Director, Henrietta Fore, despite the health, social and economic benefits of breastfeeding being well established, nearly 60% of the world’s infants are missing out on the recommended six months of exclusive breastfeeding. This is partially due to poor maternity leave and workplace policies that still exist globally.

“In spite of the benefits of breastfeeding, workplaces worldwide are denying mothers much needed support. We need to far greater investment in paid parental leave and breastfeeding support across all workplaces to increase breastfeeding rates globally,” Fore said.

Not only is Rwanda more supportive of breastfeeding in the workplace than many of it’s western counterparts, but the incentivizing breastfeeding, in general, seems to be much more prioritized by government policymakers.

Alexis Mucumbitsi of the Nutrition Desk at the Ministry Of Health says that Rwanda has been making significant progress in nutrition education related to breastfeeding thanks to high-level government leadership.

“The Ministry has put efforts to train all health care staff and community health workers in skills necessary to implement nutrition policy, inform all pregnant women about the benefits and management of breastfeeding, show mothers how to breastfeed, and how to maintain lactation, barriers to breastfeeding, social-cultural constraints to breastfeeding,” Mucumbitsi said.

Not only is Rwanda exemplary in how they endorse breastfeeding on a political level, but the nation is also extremely cautious when it comes to endorsing formula or other breastfeeding substitutes, and closely follows the International Code of Marketing of Breast-Milk Substitutes to prevent formula companies from preying on undereducated consumers.

Furthermore, Mucumbitsi says that mass media campaigns in Rwanda have played a major role in the endorsement of breastfeeding by providing educational messaging on mediums such as the Community Radio as well as collaborating with journalists.

Although breastfeeding in Rwanda is incentivized through education, maternal-friendly workplace policies, and government backing, lack of resources such as the scarcity of clean water, and limited access to infant formula also play a role in the nation’s exemplary breastfeeding rates.

This perspective is especially interesting, considering we tend to see the opposite trend in America, in which low-income mothers are LESS likely to breastfeed. Ultimately, this disconnect seems to demonstrate the lack of breastfeeding education and support given to mothers from disadvantaged backgrounds in the United States.

Although breastfeeding rates in the United States seem to be steadily rising, we still have a long road ahead of us. By looking to Rwanda for guidance, it becomes clear that breastfeeding needs to be prioritized and incentivized on a societal level and not just a personal level.

By providing mothers with the support and education needed to make informed decisions, we too, can increase our breastfeeding rates and ultimately do a better job of caring for and optimizing the health outcomes of our nation’s mothers and infants.