Our Top 6 Breastfeeding Benefits For Moms 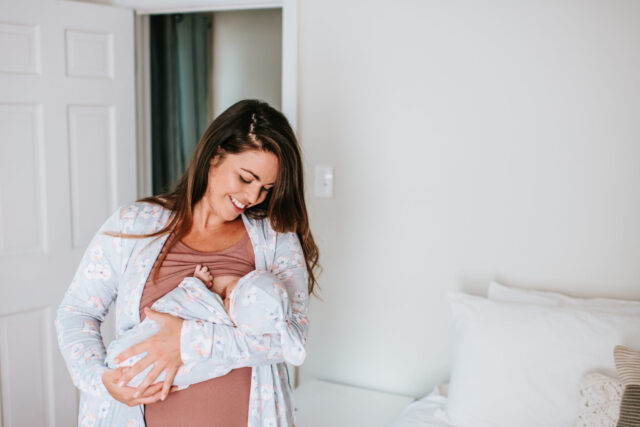 Often referred to as “liquid gold” or “natures perfect food,” breast milk is not only a powerhouse of nutrients, stem cells and antibodies for your baby but according to well-established research, even the act of breastfeeding is a miracle within itself!

When you breastfeed, you’re not only nourishing your baby’s mind, body, and soul- you’re also nurturing your own. Want to learn more? Here are six ways in which breastfeeding benefits moms!

Breastfeeding releases feel-good hormones such as prolactin and oxytocin while you nurse. These hormones are known to promote calm and relaxation, as well as cultivate a strong sense of attachment and healthy bond between you and your baby.

Can Help Reduce The Risk Of PPD

Post-Partum Depression (PPD) is defined as a moderate to severe period of depression experienced by a mother following childbirth. the cause of PPD is thought to be the result of a combination of hormonal changes, psychological adjustment to motherhood, and fatigue. In a 2012 study, published by the International Journal of Psychiatry in Medicine, researchers found that women who breastfed for at least four months had a reduced risk of developing PPD.

Can Reduce The Risk Of Diabetes

Type 2 Diabetes is a common health concern for millions of Americans, but did you know that breastfeeding can reduce the risk of developing high blood sugar? According to a study published in JAMA International Medicine, women who breastfeed for at least six months cut their risk of developing type 2 diabetes during their childbearing years in half. Researchers believe this is due to lactation hormones that interact with the pancreatic cells that control insulin.

Breastfeeding is good for the heart. No, literally! According to a 2018 study, women who breastfed for at least four months have a 20 to 30 percent lower risk of developing hypertension and heart disease.

Lowers Your Chances Of Getting Cancer

The hormonal changes brought about by breastfeeding are beneficial on multiple levels, but one of the most profound benefits of these alterations is a reduced risk of cancer. Research has found that breastfeeding for at least one year reduces your risk of breast cancer as well as your risk of ovarian cancer.

Helps You Recover From Childbirth Faster

Not only does the hormone oxytocin promote calm and relaxation, but it also helps mothers recover from childbirth more quickly and easily. When oxytocin is released during breastfeeding, it works to shrink the uterus back to its standard size more rapidly and reduce postpartum bleeding.

Gives You A Sense Of Maternal Fulfillment

Breastfeeding not only feeds your baby, it makes you feel good too! Happy hormones aside, breastfeeding gives mothers a strong sense of maternal fulfillment in knowing that they’re providing their little ones with nature’s optimal nutrition and a nurturing bond that only breastfeeding can cultivate.