We all know about the numerous benefits of both breastfeeding and exercise, but did you know that these two seemingly unrelated subjects actually have a positive correlation? 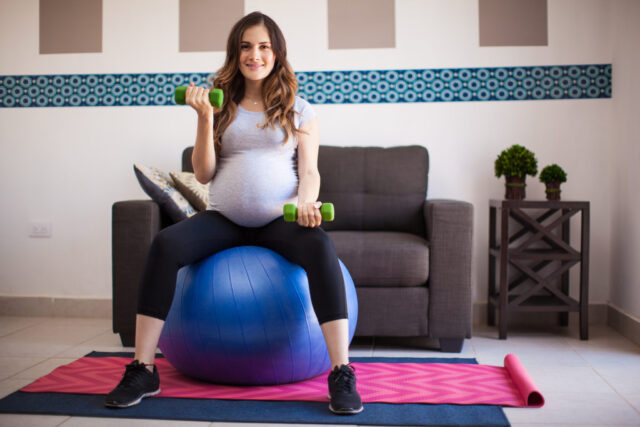 Recently, researchers at The Ohio State University Wexner Medical Center and College of Medicine found that exercise during pregnancy increases a compound in breast milk that reduces a baby’s lifelong risks of severe health issues such as diabetes, obesity, and heart disease.

In this groundbreaking new study, researchers monitored the exercise and activity level of pregnant and postpartum women using activity trackers. During this study, they were able to identify a compound known as 3SL in breast milk. This compound has been directly correlated to the mother’s activity level and is thought to play a significant role in the long-term health of the breastfed baby.

To further test the hypothesis that active moms produce more 3SL, researchers conducted an animal experiment to solidify that 3SL is, in fact, transmitted through breast milk and is not merely an inherited genetic characteristic. To do so, researchers gave mice born to sedentary mothers milk from mothers who were active throughout their pregnancy.

“So we wanted to isolate the effects of the milk,” said Dr. Stanford. “What was really kind of striking is that we saw that these offspring who drank only the train milk had these beneficial effects of exercise,” said Kristin Stanford, a researcher at The Ohio State Wexner Medical Center’s Diabetes and Metabolism Research Center and lead author of the study. “This was kind of the first time we were able to show that the milk, itself, was really having an impact.”

But before you panic and decide to run an ultra-marathon in your third trimester, it’s important to note that 3SL levels have nothing to do with the intensity of your exercise. In fact, according to researchers, even a daily walk is enough to reap lifelong benefits for your baby.

“The increase in 3SL were not necessarily related to exercise intensity, so even moderate exercise like a daily walk is enough to reap the benefits,” said Dr. Stanford. “Exercise is also great for your overall health during and after pregnancy, so anything you can do to get moving is going to benefit both you and your baby.”

So the next time you find yourself chasing your toddler through the park or waking up early to walk your dog, you can rejoice in knowing that these seemingly simple activities are actually supercharging your already powerful breastmilk!