With much of society still off-limits, people, especially moms, have been finding some pretty creative ways to keep themselves and their families entertained during their time spent in isolation. 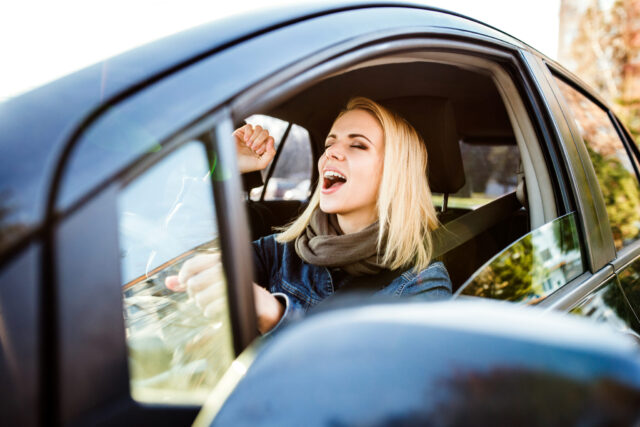 From touring virtual museums to visiting drive-through zoos or grabbing yourself a margarita to-go, the ways in which we’re coping with these hard times tend to vary from person to person and family to family.

But we do have some things in common. According to a study recently released by Spotify, more and more moms are starting to rely on their favorite teenage pastime- driving around aimlessly while blasting music, to get by.

We Need Some Space

According to the survey, which was conducted by Spotify and exclusively released to Romper, of the 3,000 moms surveyed, 34% reported driving around with no destination in mind while listening to music.

Why the sudden increase in casual cruising? To get a freaking break. From our roles, our stress, our homes, and yes, sometimes our families.

Because when you’re a mom, there is very little freedom for idle time spent cultivating a new hobby or indulging in a juicy book. There is rarely a seldom moment in which moms can start their day with sun salutations or go on a four-mile walk alone, just because.

The survey conducted by Spotify also revealed that 30% of the surveyed moms described their current mood as “frustrated” with another 30% reporting their attitude as being “anxious.”

Sadly, these statistics aren’t surprising. Within the past several months, our workload has seemingly tripled, and there are still so many unknowns about what next week, month, and year will look like for our families and ourselves.

With these numbers and circumstances in mind, it’s no surprise that more moms are turning to their minivans, crossovers, and sedans to literally ride out the remainder of quarantine without losing their minds.

Better yet, the science is there to support this action. According to a 2013 study conducted by The Journal of Positive Psychology, people who listened to music classified as pleasant and upbeat were able to improve the overall state of their mood in just a few weeks.

So whether you’re making yourself smile with your favorite sappy love songs, or feeling all the feels with some highschool emo favs; just know that somewhere out there is another mama, much like you, who is also hiding from her toddler in a Toyota while eating Taco Bell.

She is our hero, and so are you.