The Power Of Comfort Nursing During Times Of Uncertainty

While most mothers are well aware of the nutritive properties of nursing, did you know that breastfeeding goes far beyond supplying your baby with immune-boosting immunoglobin and individualized nourishment? Nursing also serves as a tremendous source of comfort, which is something we’re all seeking amidst the uncertainty of the corona-virus pandemic. So if you’ve noticed your baby suddenly seems to be nursing more frequently, it could be a growth spurt, OR it could just be a means of emotional support. 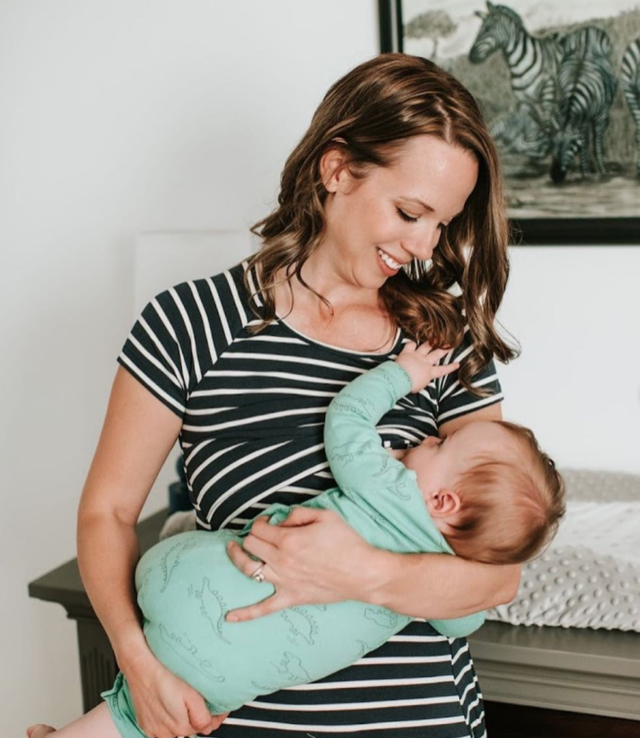 According to a study by the UCSF Department of Psychiatry, infants are incredibly sensitive to changes in their mother’s moods. Therefore when the mother is under severe strain, babies will often also exhibit physiological markers of anxiety, such as an increase in cardiac stress. This means that a baby’s emotional temperament is often directly impacted by his/her mother’s emotional well-being. The researchers involved in this study concluded that this phenomenon, known as emotional contagion, is usually transmitted from mother to child through sensory means such as odor, vocal tension, and facial expressions.

So it’s no surprise that when both mother and child are stressed, nursing can serve as a huge source of comfort- for both parties! One of the most miraculous advantages of nursing is that its benefits aren’t limited to just baby. Mom’s also reap the perks of this soothing exchange! Although enduring comfort nursing can be challenging for moms, oxytocin, a hormone known to promote feelings of happiness and well-being, is released from the mother’s pituitary gland as she breastfeeds. Meanwhile, prolactin, a hormone that works in conjunction with oxytocin and is necessary for the secretion of milk, promotes feelings of sleepiness and restfulness- something we all need in times of hardship!

Likewise, as your baby suckles on your breast, promoting feelings of maternal well-being, he or she is also able to achieve a heightened sense of security. This is partially because babies rely on senses such as touch, smell, sound, and being gently swayed by their mother to not only feel safe but also to survive. Therefore, nursing, both for nutritive and soothing purposes, stimulate many of these safety-enforcing sensations. This makes breastfeeding an incredibly soothing activity for a child who is feeling uncertain. And while this calming activity is often dismissed as being frivolous or easily replaced by a pacifier, there is a deeper purpose for this instinctual activity. According to a 2013 study (Beijers et al, 2013)  comfort nursing a child not only calms him/ her down at the moment but also rewires the infant’s brain to handle stress better later in life.

You might, however, also be wondering if and how stress might affect your supply. Although many women report a decline in milk production or a difficult let down when feeling stressed, the best way to maintain supply during times of turmoil and in general is through initiating lactation through frequent feedings or pumping sessions. In fact, it is widely believed that stress in itself does not directly impact lactation but may indirectly affect milk output if you’re not taking the time to eat a caloric diet, consume enough water, and or other lifestyle factors.

To further support this claim, a study to determine whether or not psychological stress in women would impact milk supply at six weeks was performed. Reassuringly, direct no correlation between the effects of stress and milk supply was found. It is important to remember that even in times of turmoil, breastfeeding thrives on a system of supply and demand. To ensure you keep producing milk for your baby, you must continue nursing as frequently as possible.

It is also essential to keep in mind that if your baby is suddenly nursing more frequently, it does not necessarily mean that you aren’t producing enough milk. Babies nurse for a variety of different reasons that aren’t all related to hunger. Thus it is always good practice to track your baby’s diaper output and allow them to remain on your breast for as long as you both are comfortable. Remember, you are their safe space, and babies are biologically wired to want to crave closeness to their mothers, especially in times of uncertainty.