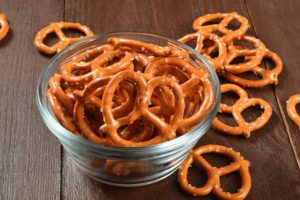 I made a decision just a few short days after becoming a mother that I would never judge another parent. I felt like I was thrown face first into parenting. One minute I was sitting in a dunk tank watching and waiting for someone to throw the ball, but instead someone came from behind and pushed me in. Parenthood was more than I expected. The days are long, the nights even longer, and just when you think you have something figured out, everything changes and you’re back at the starting line. Honestly, there is no room for judgement.

But the last few days have been tough as this woman’s story has flooded my social media feed. My heart hurts for her. Maybe it’s because I now have a daughter. Maybe its because someone I love like my own is leaving for college in a few short weeks. Whatever the reason, this story has affected me. Her words are beautiful and her story is riveting. I started to think about what I would do as her parent. How would I support and love my own daughter through such a life altering event? What if my son committed such an act? How would we deal with it as a family? And then his father released a statement–and I found myself judging another parent.

Dan A. Turner, today I judge you. Not because your son is a rapist, but because as parent at some point you have to take responsibility for your child’s actions. I know I’m a relative rookie in this whole parenting thing, but I think my experience as a decent human being gives me enough credence for the moment.

I recently read the statement you made during your son’s sentencing, and it made my stomach turn. By the sixth sentence, with no mention of the victim and no accountability for what your son did, I could feel myself start to judge you. But when you mentioned the “pretzels,” I was done. My perfect record of four years of accepting that we’re all in this together is over because I am officially judging you.

I judge you for letting this go to trial. I judge you for not considering all of the individuals involved and the impact a trial can have on a sexual assault victim. For only thinking about your son and no one else. Your son was caught in the act. He was seen inside and on top of an unconscious woman. That is rape. He is guilty. But with a little money and with a blatant disregard for the victim’s healing process, you decided not to plea it out and instead dragged your son’s victim and her family through a trial.

I judge you for not holding your son accountable for touching a woman’s body without her consent. In case you didn’t know this, or were not taught this, a woman controls who touches her vagina and what goes in it. Even after it is used consensually to bring a man pleasure or as passageway for a baby containing his DNA, it still 100% belongs to her–and only her–always and forever.

I judge you for calling what he was caught doing and convicted of “20 minutes of action” as opposed to the rape that it actually was. By calling it this, you have once again minimized the actions of your son, and that in return impacts your son’s victim. You can do many things in 20 minutes. In your son’s case he decided to drastically alter a woman’s life. Twenty minutes is a long time and your son chose to use those 20 minutes of his life to commit rape.

I judge you for using five sentences to talk about your son’s lack of appetite like he too is a victim in all of this. I honestly have seen people vomiting every twenty minutes from chemo take less pity on themselves than you do on your son.

I judge you for blaming “the verdicts” for “breaking” your son, not his actions. The verdict did not break your son; the inability to come to terms with the fact that he raped a woman has broken your son.

I judge you for thinking that as a father of a rapist you know what the best punishment is for your son. You lost the right to choose your son’s punishment when he broke the law and stuck his fingers in an unconscious woman behind a dumpster.

I judge you for calling your son’s actions non-violent and for taking what little piece of justice your son’s victim still holds to and stomping on that, too. Leaves and pine needles do not casually find their way into a woman’s vagina. Abrasions and trauma do not magically appear on the inside of legs. Your son was violent when he raped his victim.

I judge you for blaming this on alcohol. Alcohol did not commit rape. Your son’s fingers did.

I judge you for using the term “promiscuity.” Promiscuity implies two consenting individuals were involved. Your son raped a woman who was unable to consent.

I judge you for even thinking that using your son to teach others–and thus providing you with a source of pride–should even be a consideration at the moment. I do believe that there is a place for rehabilitation in our justice system, but placing a predator like your son in a county jail for a maximum of six months and then on a college campus to serve as a leader is not the answer. I find it a disgusting, self-serving recommendation.

But most of all, I judge you for not realizing that it’s time to hold your son accountable for his actions. As a parent, I can understand not wanting to believe the person you helped bring into this world is capable of hurting another individual like your son did. If my child was accused of something so disgusting and terrifying, I too would hang on to every thread of doubt as long as possible. But I’m here to tell you that it’s time. Your son was caught in the act of raping a woman. Your son was then unanimously convicted of three felonies. It’s time to let go of the dreams you had for Brock and accept the reality of the situation. Your son broke another person and as his father, you can’t fix that.  But as his father, you can help fix what happens from here.