Why I Love the Bigger Age Gap Between My Kids

This morning as I was pouring my cup of coffee (that first one of the day, when you still have hope that you might get to drink that same cup while it’s still hot), I could hear my 5-month-old son screeching in the living room. 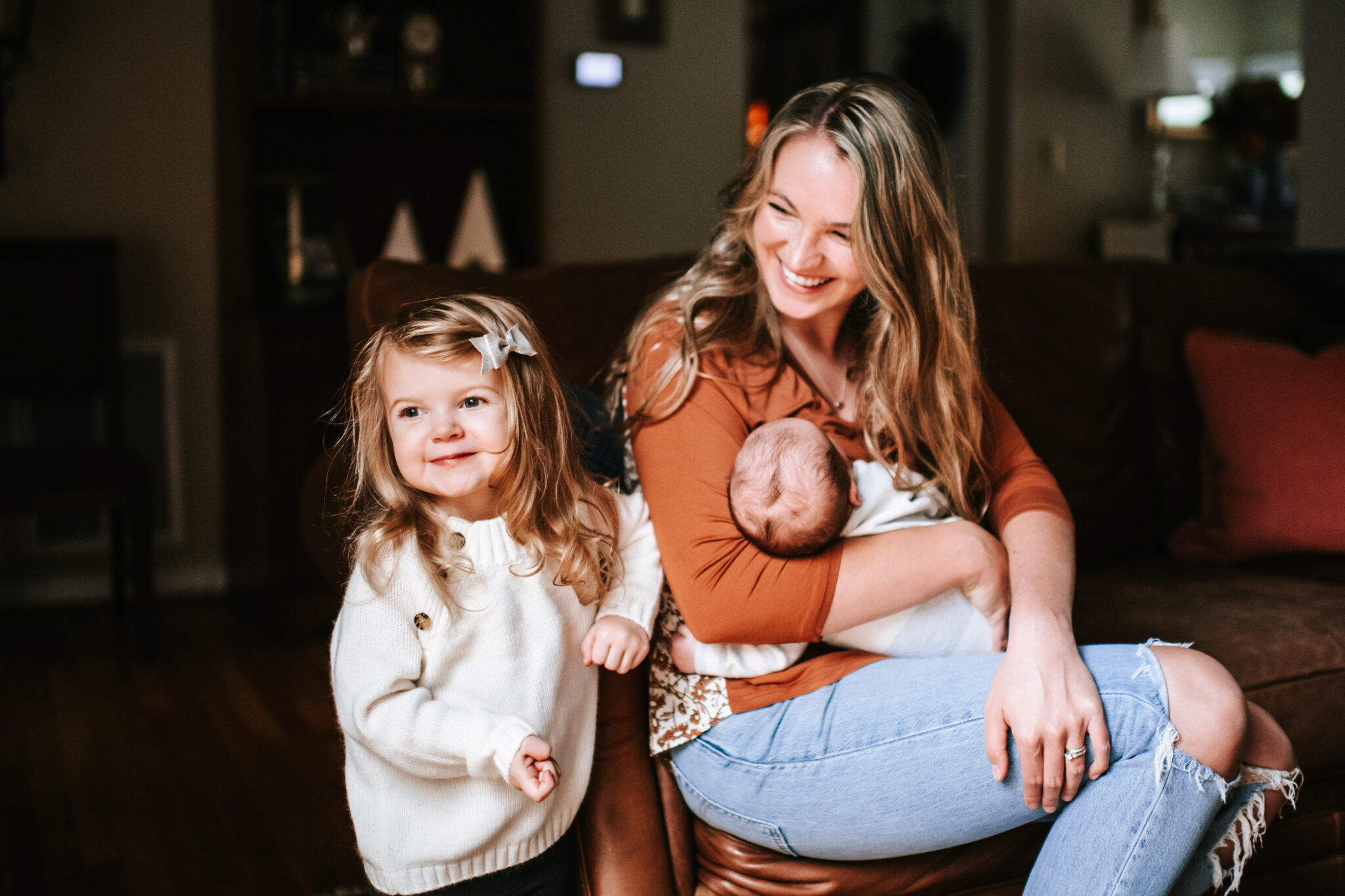 He hasn’t mastered the typical giggle yet. Maybe the screech is his giggle. It sounds like how I imagine a baby velociraptor would when screaming for food. I love it. It’s loud and unbridled and filled with joy. I hope he always laughs just like this.

9 times out of 10, when we hear his happy screech, it’s because his sister–the absolute light of his world–is giving him attention. And in turn, after his happy scream, we always hear some variation of, “Awww, you love me! I love you too, honey!” coming from our 5-year-old daughter.

She had been asking for a baby for about a year before we actually got pregnant, and from the second we told her that we were expecting, he has been her baby. For the entire 9 months leading up to his arrival, she would hug my belly and tell me “I’m hugging baby brother, mom.”

She is the perfect age to understand who her brother is to her. She understood why I couldn’t get up and run around as I recovered for the few weeks after having him. She understands what it means to be gentle with baby. She sings “You Are My Sunshine” to him when I can’t get to him fast enough and he cries out.

The relationship these two have is precious to watch unfold. And seeing my oldest step into the role of big sister with so much pride and love has been a new level of motherhood joy.

And yet, for the years that my daughter was an only child, we felt consistent pressure to have our second sooner.

Not only did we get the typical question: “When will you have your second?,” we also faced comments that I felt were even more upsetting: “You need to have your second child soon, or you won’t have the energy for them later.” Or even: “Siblings with a larger age gap won’t be close.”

While there are so many positives to having children close in age, it simply isn’t for everyone.

Whether it’s due to infertility, or the cost of childcare (which has surpassed the cost of college tuition and also often monthly mortgages),or the lack of paid maternity leave, or simply that parents might want a second but don’t feel ready yet–not everyone wants the classic 2 year age gap. And that’s okay.

In fact, not only is that okay, I’m here to say that for some families, the larger age gap is pretty amazing.

My oldest is more independent, and enjoys her independence. This means that there are times each day when she is perfectly content playing by herself while I’m able to focus on the baby, or the kitchen, or my work. I’m not spread entirely thin.

I don’t have to deal with toddler tantrums while changing a diaper or feeding my baby. She understands what it means to have to wait, and we can sing or talk or read together while I feed him.

It makes me feel even more grateful for each stage of childhood. I can relish in our “girl dates” which might include getting our nails done or playing Barbies. And I can relish in snuggles with my baby boy and enjoy watching him discover his feet for the first time. I was out of the deepest trenches of reliant toddlerhood when I had my second child, and it has made it really easy to appreciate the two very different stages that my children are in.

At the end of the day, it’s about what works for your family. There is no perfect age gap. And motherhood is tough no matter what. What works for one family (or most families), may not be best for you, and that’s okay.