I spent the months before my baby was born immersed in books about breastfeeding. It was a completely foreign concept to me. Sure, I had seen people breastfeed, but that was the extent of my knowledge. As I started to read about the incredible benefits, I also found myself wide-eyed as I learned about everything that could go wrong. Breastfeeding was something that I thought would be instinctual and simple, but it had more pitfalls and challenges than I ever imagined. 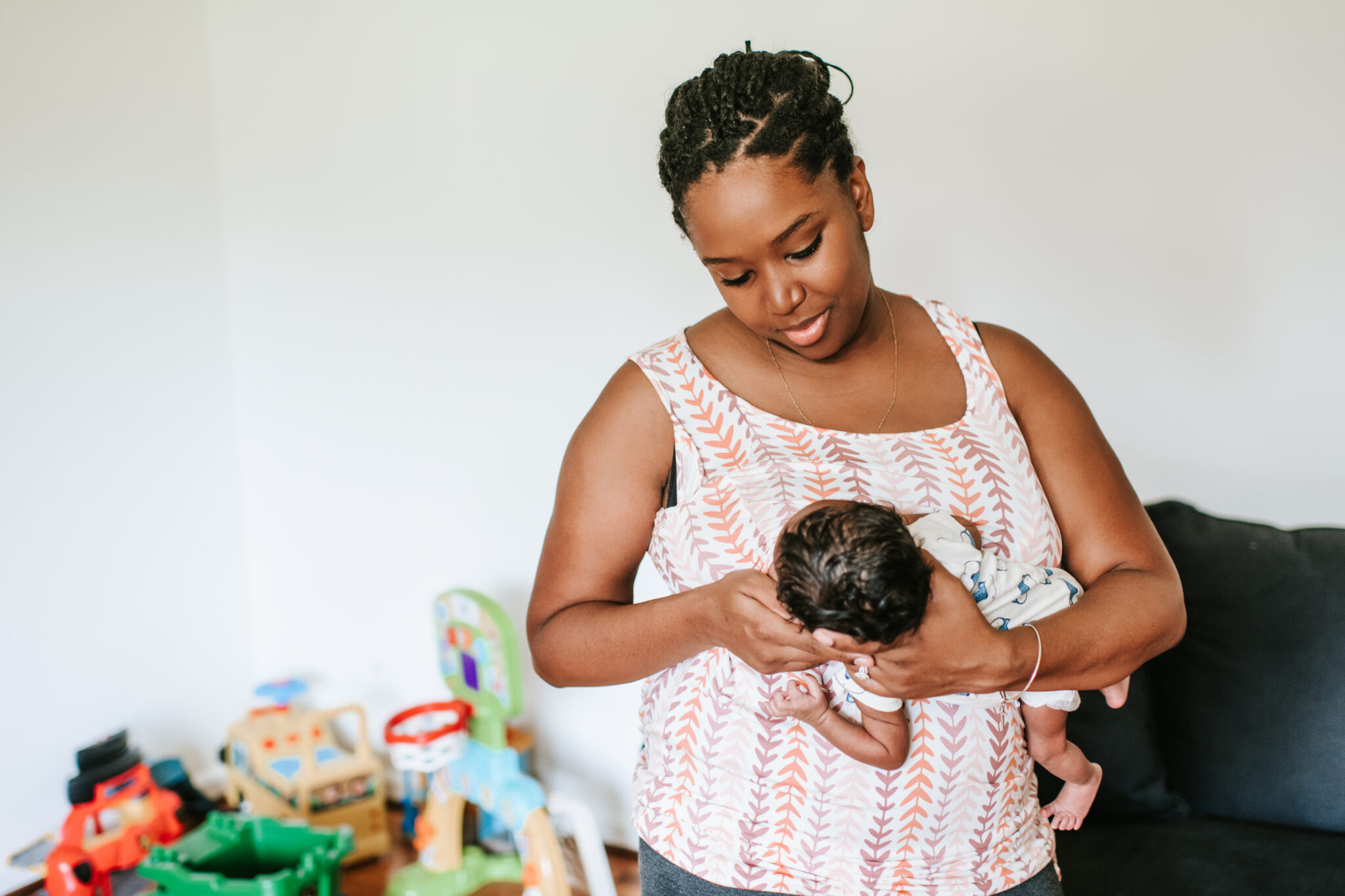 As I heard friends joke about chapped and bleeding nipples, I started to feel more nervous about breastfeeding than I was for labor. Labor at least had an end, but breastfeeding is something I would have to survive for months and even years.

Here are some of my top fears and how I worked through them:

Not to scare new moms off, but there was a lot of pain and tears in that first week of breastfeeding. I had the chapped and bloody nipples I had feared, and I thought about quitting MANY times. What I didn’t know at the time was that while pain might be common, it isn’t necessarily “normal”. La Leche League emphasizes that if the discomfort you are experiencing is beyond a slight tenderness in those first days, then it means something is wrong with the latch, position, or suck.

Once I learned this, I started to troubleshoot and quickly realized my baby had a very shallow latch. After a lot of trial and error, we got a better latch and the pain was gone within a week. It was so important for me to have a good support network in place to help me through this. La Leche League or seeking out an IBCLC certified lactation consultant is a great place to start.

GETTING BIT – ESPECIALLY BY A BABY WITH TEETH

When I first started nursing my baby, I was taken by surprise with how powerful her latch and jaws were. I was very nervous for the day she would bite me, which I figured was inevitable. I legitimately googled if a baby had ever bitten off a nipple. My baby did start to bite when she got frustrated while nursing at about six months old. Did it hurt? Sure. Was it very bad? No. It made me jump and probably startled me more than anything. It definitely wasn’t worth all the worry I had about it.

The good news is that you can stop a baby from biting pretty quickly. When my baby bit, I would immediately un-latch her for about a minute, so she knew biting equals a break in getting milk. After a few times, she took the hint and it never happened again.

HAVING NO BODILY AUTONOMY

Was I physically tied to my baby because I chose to exclusively breastfeed? Yes, of course. But I realized I could choose my level of attachment to some extent. I decided to feed at the breast and didn’t want to pump or bottle feed.  While this tied me physically to my baby more, especially in the first six months (I never left her for more than two hours), I knew I always had the option to get more space if I needed it.

At any point I could start introducing bottles, pumping more, and involving my husband and family to bottle feed the baby. I could get more autonomy if I wanted it. So yes, I gave up some bodily autonomy, but it wasn’t so scary because I felt I had control over it. I was prepared to set limits and boundaries to maintain the level of independence that I needed.

I was scared about the reactions I would get from others if I breastfed in public. I felt like I would be on display and I expected a certain level of judgement from others. Breastfeeding in public felt too vulnerable.

The only way I conquered this fear was to simply do it. The more I breastfed in public, the easier and less scary it got. A nursing cover or discreet nursing clothes especially helped as well. I am happy to report that the majority of the time people did not stare, openly express judgment, or make me feel uncomfortable. I blended right in. Occasionally I would get a weird stare, but in those moments, I was so proud to be feeding my baby that it didn’t bother me at all. I was surprised by how natural it felt to feed my baby, even among a room full of strangers.

I WOULD FEEL LESS ATTRACTIVE

I was worried that having a baby attached to my breasts multiple times a day would somehow make my husband see me differently and make me less attractive. Breasts are so sexualized in our culture, that thinking of them as a means to feed a baby messed up my self-image a little. The jokes from others about how I was about to be a milking cow didn’t help either.

A lot of days, I was an un-showered mess of milk-stained shirts and messy hair. But breastfeeding taught me to have confidence in new ways as I witnessed the power of my body to feed and keep another human being alive. I appreciate my body more now than ever before.

I faced my fears and nursed my first baby for 17 months and am now 5 months into nursing my second baby. While challenging, breastfeeding was a very positive experience for me.

After I wean my last child, I think I will spend the rest of my life missing these days as a breastfeeding mom. While hard and scary at times, it has connected me deeply with my babies, helped me grow in confidence as a mother, and given me a whole new perspective on my body.