Weaning: My Child Was Fine, But I Was Not

When I officially planned to wean my seventeen-month-old daughter I was prepared for her to push back. After the last time I breastfed her, I assumed that a moment would come when she would ask to breastfeed, and I would be forced into the decision of refusing or giving in. But the days went by and she never asked – not once. She didn’t even hint at it or try to pull my shirt down. Nothing. I was shocked. She transitioned into life without breastfeeding easily. 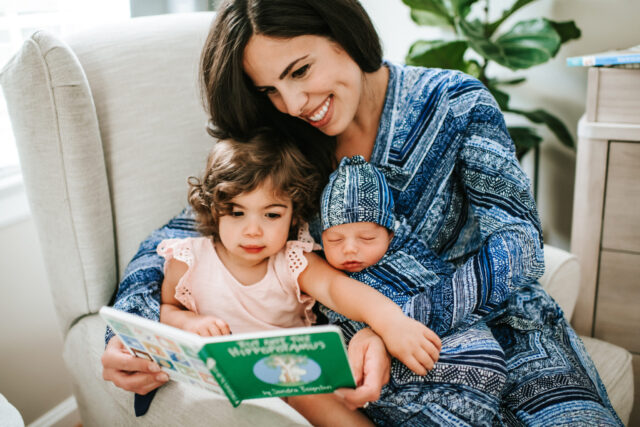 Sounds great right?  Well unexpectedly, I found myself crying and struggling with the transition. I had been so worried about my child that I wasn’t prepared for what ending our breastfeeding relationship would mean for me. I was mourning a connection and a daily habit that had been a dominating force in my life. Breastfeeding had unceremoniously slipped away overnight. And it turns out, I missed it.

Breastfeeding was one of the closest, most intimate bonding experiences of my life. The realization that my child no longer needed me in that way was honestly terrifying. For me, weaning was redefining our relationship, encouraging her independence, and molding our bond into something new. At the time, I felt like she no longer needed me at all and she might as well have been heading off to college.

My expectation after weaning was that I would be celebrating my new “freedom”, complete with a girl’s night out with a big glass of wine in one hand and a margarita in the other. But the truth was, I’d rather be breastfeeding.

Why did I wean my child? We wanted to get pregnant and breastfeeding had shut my fertility down. I had planned to nurse until she was two-years-old and let her lead the weaning process after that. But at seventeen months, I made the decision to wean so we could try for a baby.

As I went through the process, I realized I needed to not only focus on my child’s healthy transition from breastfeeding but my own as well. Here are a few things I learned that helped me personally navigate the process of weaning my child:

When I decided to wean, I struggled with feeling selfish about wanting another baby so badly that I would take breastfeeding away from my daughter. As with most parenting decisions, I didn’t know what the “right” decision was. Would I regret doing it earlier than planned? Would she feel loss? Was she ready? Would I ever be ready? What would happen to our bond? Ultimately, I decided that guilt and shame were not emotions I would bring into the weaning process. Breastfeeding for us had been powerful and positive, and we would end on that note.

Every time negative feelings started to crowd in, I would focus on the gift I gave my child by breastfeeding her and how powerful, strong, and connected to my daughter it made me feel. Whether you breastfeed for 3 months or 3 years, it is something to be celebrated.

Weaning was a big deal for me, so I treated it that way. I took photos of our last nursing session and a couple of smiling selfies of us together. I wrote a journal entry about it in her memory book. Some of my friends have even thrown weaning parties to celebrate this new milestone together with their child.

Find new ways to keep closeness and intimacy with your child

Before every nap and bedtime, my child and I curl up together and read books. Then she lays down on my chest and we sing songs. I make sure we take quiet time to just be with each other and hold each other every day. My husband and I also make meals a time of connection, just like breastfeeding was. We try to eliminate distractions like TV and cell phones, so we can be fully present with one another. I looked at weaning as a chance to bond in new ways.

Weaning is complicated for us as mothers. It is a celebration of a new milestone and having more bodily independence, mixed with the devastation of realizing our child will never be this physically tied to us again.

On top of all of this, some major hormonal shifts are occurring (goodbye prolactin and oxytocin). It messed with my mood while giving me some not-so-pleasant night sweats. It was like a mini-fourth trimester all over again. Luckily, I chose to wean my toddler at a time when I wasn’t already under a lot of other stress, so I had the space to process this change. I highly recommend you give yourself some time and space to grieve what is lost while embracing this new shift.

I still miss breastfeeding my daughter. Just writing this all down right now is bringing up a lot of emotions. Sometimes I feel that pang of realizing we could still be breastfeeding now. But I rest in the gratitude of knowing we shared 17 months of breastfeeding together and that I weaned her in the kindest, gentlest way I could. And while I struggled so much at first, I do enjoy that extra bit of “freedom” and how our bond has adapted.