PPD In Men Is Real And It Deserves Our Attention

“Every time I saw her, I was just mad.” Said Marco, a dad of four and survivor of Paternal Postnatal Depression (PPND). He, like the majority of people, did not know that men can also get a form of postpartum depression, much like women can after birth. It’s shockingly common, with 1 in 10 fathers suffering. Men also undergo temporary hormonal changes after the birth of their child, even more so if they witness the birth, and researchers believe the causative factors of PPND are similar to female Post Partum Depression (PPD). Although the contributing factors can be variable for each person, the important fact is that PPND is a clinical condition of altered brain chemistry. In other words, it’s not imaginary. 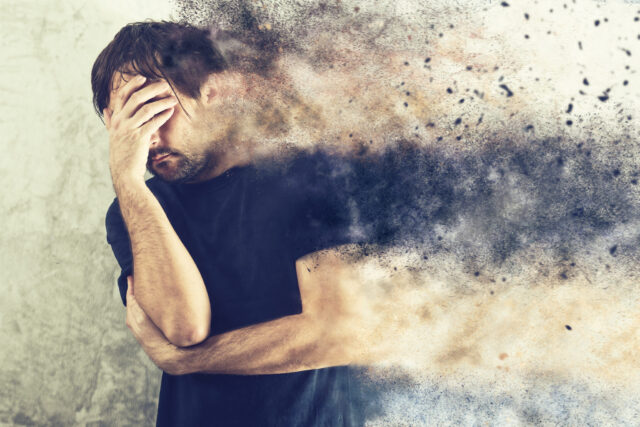 Marco’s condition began shortly after the birth of his 4th child. He was suddenly not himself, and he knew it. “I resented her and avoided taking care of her, even though I knew I should be all over her and wanting to take care of her like I did with my other kids. I knew this feeling wasn’t normal, and I felt guilty.” He suffered in silence, wrestling with feelings of anger towards the baby, heightened irritability towards his wife and other kids, and confusion about what was happening. “Six months later, when I was still feeling this way, I knew there was a problem.”

PPND is just as treatable as PPD, but unfortunately, there are additional roadblocks such as the lack of awareness that the condition even exists, along with the stigma of men seeking help for mental health issues. Eventually, Marco approached his wife to talk about how he’d been feeling. “She already knew what was going on before I did. She helped me understand that it was an illness and that I didn’t really feel that way about my daughter.” His wife encouraged him to get some help, and he did seek out a counselor through his employer and began some medication. “Over time, it just slowly got better. Eventually, it was hard not to smile when I saw her. I got to a place where I thought ‘ Ok, this is good. Everything is fine.”

Along with the common symptoms of depression, such as low mood, fatigue, sleep changes, and weight gain/loss, additional symptoms of PPND can be:

An important fact about PPND is that men are 50% more likely to suffer from this condition if their wives or partners are also suffering from PPD. This makes it even more imperative that PPND and PPD are recognized, diagnosed, and treated appropriately. “I wish I’d talked about my feelings with someone sooner, not putting the feelings back on myself and thinking I’m a horrible person for thinking this stuff. It was a lie created by a chemical imbalance. I didn’t even know PPND was a thing, and I didn’t know other men suffered from it until after the fact.” Said Marco, when asked what he wished he’d known before having PPND. He wants to tell other men, “It’s nothing that you chose to happen to you. Talking about it is the first place to start; accepting it and working at recovering. It eventually went away. One day I noticed I was just loving life again.”

If you or a loved one might be suffering from PPND, don’t wait to seek help. This is a treatable condition that you can recover from sooner rather than later.

Postpartum Men is a great resource for learning about the condition

Here is a once-a-month call-in forum with a PPND specialist and other dads.

If you are in crisis or are suicidal, please call your local emergency number or the national suicide prevention hotline 1-800-273-TALK (8255)