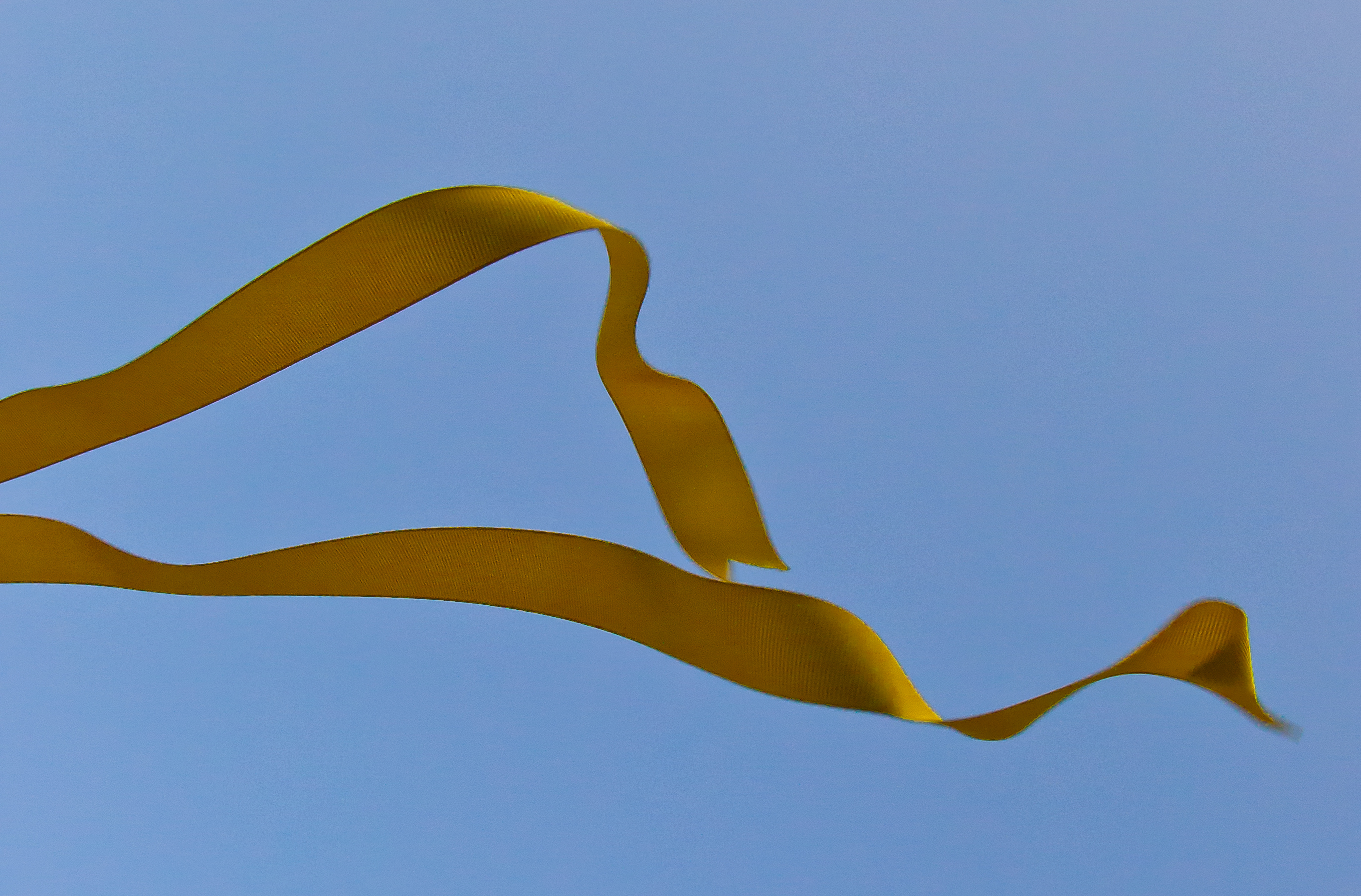 March is Endometriosis Awareness Month. In honor of this worldwide effort to raise awareness about endometriosis, I’d like to use this space this week to share a handful of facts we should all know about this incurable, chronic (and painful) reproductive system disorder.

For those of you not sure what endometriosis is, let’s turn to our friends at the Mayo Clinic for some help explaining it:

“Endometriosis (en-doe-me-tree-O-sis) is an often painful disorder in which tissue that normally lines the inside of your uterus–the endometrium–grows outside your uterus (endometrial implant). Endometriosis most commonly involves your ovaries, bowel or the tissue lining your pelvis. Rarely, endometrial tissue may spread beyond your pelvic region.

In endometriosis, displaced endometrial tissue continues to act as it normally would–it thickens, breaks down and bleeds with each menstrual cycle. Because this displaced tissue has no way to exit your body, it becomes trapped. When endometriosis involves the ovaries, cysts called endometriomas may form. Surrounding tissue can become irritated, eventually developing scar tissue and adhesions–abnormal tissue that binds organs together.”

The Mayo Clinic’s explanation is accurate in the clinical sense, but allow me to humanize it for you. You see, Endometriosis Awareness Month is a cause near and dear to my hearts because, well, I have endometriosis.

It’s likely that I’ve had endometriosis since I began menstruating over 20 years ago; intense pelvic pain and excessively heavy and long-lasting periods were the norm for me, even as early as age 12. But endometriosis didn’t even enter the conversations I had with my physician until after I turned 30 and decided to go off my oral contraceptive in favor of a diaphragm. I first went on the Pill at 17 because of my horrible periods; went off of it at 26 to get pregnant (which I did immediately); and went back on it after our son was born.

I stayed off the Pill for about six months–six months that I now recall as being the most physically painful and limited times of my life. For the first time in my reproductive life my body was “left to its own devices”, if you will, and things were…bad. My heating pad and I became best friends. I bled every time my husband and I had sex. I probably took more Advil than any doctor would ever recommend. I curled up into a ball whenever possible. My face held a pained grimace for seven to ten days out of every month. Clothing and linens were ruined on the regular.

As I once explained so delicately to my husband, “Every period looks and feels like a war.”

Eventually I came to my senses and made an appointment with my gynecologist. We ran through my symptoms, he did a pelvic exam and ultrasound to get “the lay of the land,” and I walked away with an unofficial diagnosis (more on that below) of endometriosis, a prescription for an oral contraceptive, and a one-pager on laparoscopic surgery.

I’ve been fortunate in that my endometriosis symptoms have greatly dissipated since I went back on the Pill, but it’s likely that surgery is in my relatively near future. Like most chronic conditions, endometriosis something I have to manage, monitor, and be honest about–with my healthcare provider and myself.

So that is my story. Chances are you know someone with a story like mine–or at least some variation of it–which is why I want to share this information with you today. Maybe it will offer insight into a friend or family member’s discomfort. Maybe it will give a possible name for what you or someone you love it going through. Maybe just seeing efforts to draw awareness to this condition will be of comfort to those already living with it.

Disclaimer: Before we get started, let me remind you that I am not a physician, nurse, or any sort of healthcare expert or provider. If you think you have endometriosis, make an appointment with your doctor. Your real doctor, not Dr. Google.

1. Endometriosis can affect any woman who menstruates.
In fact, according to Endometriosis Foundation of America, endometriosis affects 1 out of 10 American girls and women—and 176 million worldwide. If all endometriosis sufferers got together and formed our own nation, it would be the eighth most populated country IN THE WORLD.

2. Endometriosis symptoms can range from non-existent to debilitating.
Some women with endometriosis experience no discomfort at all. But others endure debilitating, life-affecting symptoms. What I think you could call the hallmark of endometriosis is pelvic pain during your period. Not just cramps—we’re talking intense, chainsaw in your belly, sledgehammer to your tailbone kind of pain. Other symptoms include painful intercourse; pain with bowel movements and urination (especially during your period); excessive bleeding during periods; bleeding in between periods; and infertility. Which brings me to my next fact…

3. Endometriosis is one of the leading causes of infertility.
The Mayo Clinic estimates that between 30 and 50 percent of women with endometriosis have difficulty getting pregnant. In many cases women aren’t even aware that they have endometriosis until they try to conceive.

4. Surgery is the only way to get a definitive endometriosis diagnosis.
Pelvic exams allow your physician to manually detect abnormalities, and ultrasounds can identify endometriosis-related symptoms (endometriomas, specifically), but laparoscopy is the only definitive way to diagnosis endometriosis. During a laparoscopy—which is typically an out-patient surgery—a small camera is inserted into the pelvis through a small incision near your belly button. Your surgeon will use the camera to examine the pelvic organs and look for signs of endometrial tissue outside of the uterus.

5. You can’t prevent endometriosis, but you might be able to reduce your chances of developing it.
There’s no rock solid proven causes of endometriosis, although retrograde period flow, genetics, immune system problems, prior abdominal surgeries, and hormonal issues are all of top-of-mind in the world of endometriosis research.

With the cause of this condition still up in the air, there’s no sure-fire way to prevent it. But research shows that you can reduce your likelihood of developing endometriosis IF you’re ok with tweaking (i.e. lowering) the levels of estrogen in your body. According to the Office of Women’s Health, a division of the US Department of Healthy and Human Services, you can lower your estrogen levels you can talk to your doctor about hormonal birth control pills, patches, or rings with lower doses of estrogen; exercises regularly, and limit alcohol and caffeine, both of which, as studies show, raise estrogen levels.

6. There’s no one-size-fits-all treatment for endometriosis.
When treating endometriosis, your health care provider is going to look at four things…

From there he or she will help you determine the most appropriate course of action.

Some women can manage symptoms with pain medication, of either the over-the-counter or prescription variety. Others opt for hormone treatments, like oral contraceptives, progesterone and progestin taken via pills, injections, or an IUD. Other hormone treatment options include Gonadotropin-releasing hormone (GnRH) agonists, which stops the production of certain hormones to prevent ovulation, menstruation, and the growth of endometriosis; and Danazol, which stops the release of hormones involved in the menstrual cycle, making periods (and, consequently, painful period symptoms) very rare if not non-existent.

For those experiencing severe pain from endometriosis, surgery is often seen as the most beneficial treatment option. That typically goes one of two ways: laparoscopy and laparotomy.

During a laparoscopy, the surgeon will insert lasers or other instruments through a series of small incisions to remove or destroy lesions and remove any scar tissue that could be contributing to your endometriosis symptoms. Some doctors will do this during that initial, diagnostic laparoscopy.

Laparotomy is a more intense approach to removing patches of endometriosis. It is a major abdominal surgery and, depending on what the surgeon sees when he or she “gets in there,” could result in the removal of the uterus, fallopian tubes, and ovaries. As you can imagine, this surgery is seen as a “last resort” for those suffering from endometriosis.

7. You are not alone.
Remember: 176 MILLION WOMEN have this condition–and those are just the ones who know they have it. You do not need to suffer in silence. For those looking for personal, face-to-face support, on Saturday, March 19th EndoMarch will spearhead events around the world during which endometriosis sufferers and supporters can connect, learn, and work together to draw attention to this disease that affects so many women.

Not ready for that? Keep it simple by following #endostrong and #endomarch on Twitter, Instagram, and Facebook. You’ll find so much inspiration and support there, your head will spin.

For more information on endometriosis, check out these links:

(Image by James Lee of jamesisrunning.com. Yellow is the official ribbon color for endometriosis awareness.)